Back to the bridge

It's way over time and way over budget, but there has been some progress this week:

The estimated cost of the bridge, as of June 2015, was $54 million. As of January 2018, the construction cost had increased to $91.5 million. (Wikipedia). To pay for all this extravagance, there have been big cuts in police and education in this week's state budget, while charges for services like water and electricity continue to rise enormously.

In between observing the engineering problems on the bridge, JL has been making friends with a young magpie. He tried to tempt it with a bit of bread (after I refused to give him some meat). Its parent, who was nearby, turned her back on the proceedings: 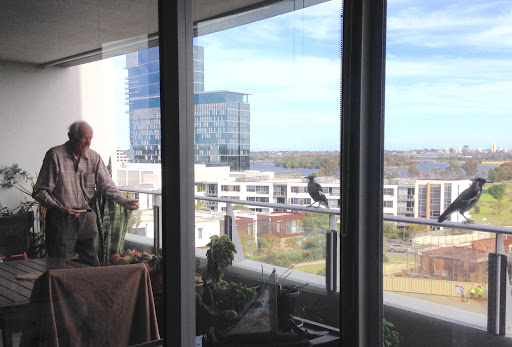 Posted by Margaret Butterworth at 9:22 PM