The following three novels about Spain are more than armchair reading. They throw light on events in a more dramatic way than most non-fiction accounts. 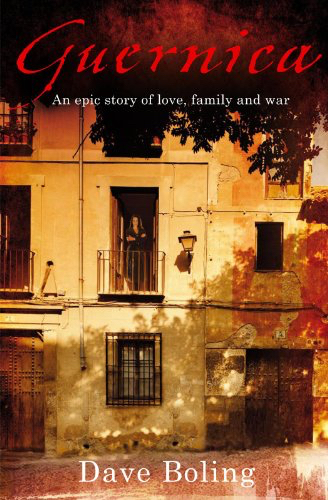 On April 26 1937, the German Luftwaffe dropped bombs on the small Basque town of Guernica: a surprise attack on innocent civilians. This novel describes life in the town in the years beforehand. We come to know the characters very well, but we know that this is a story which will not have a happy ending. This terrible event is also portrayed in Picasso's huge painting of the tragedy. Together the book and the painting demonstrate the horrors of warfare. Guernica is on the Northern Coastal Camino. I haven't been there, but I've seen the Picasso in Madrid. 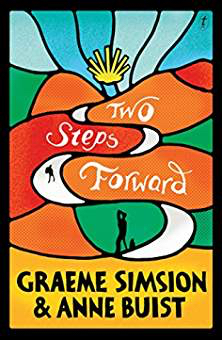 There are hundreds of self published accounts by pilgrims on the Camino de Santiago. Most are poorly written descriptions of the highs and lows of their days, boring and predictable. This one, in the hands of two professional writers, is something else. The husband and wife team take turns in writing a chapter as they spin a yarn about two pilgrims who meet on The Way and fall in love. Alongside their budding romance are descriptions of life on the trail, which ring true but do not dominate. There is actually a plot with many twists and surprises. This is definitely not a travelogue. The Camino is just the back drop. More than half of the book is set in France, as the two pilgrims begin in Cluny, and then proceed to cross to the Northern Coastal Camino in Spain. More Caminos to put on my bucket list...

The Last Jew by Noah Gordon. 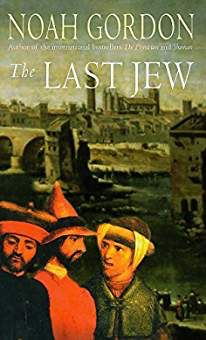 In 1492, the Catholic Monarchs ordered all Jews to leave the country. After his father and brother are killed, the young Yonah is left to fend for himself. Determined to hold onto his faith and Jewish inheritance, he travels all over Spain in disguise, somehow avoiding the long arm of the Inquisition. Last year on the Via de la Plata, I visited several medieval Jewish Quarters, including Córdoba and Hervas. This novel brought my visits to life. I was also reminded of a terrible anti Semitic episode in the history of York. In 1190, the city's entire Jewish population of about 150 took refuge in Clifford's Tower. Rather than be slaughtered by the mob outside, they killed their wives and children, set fire to the keep and committed suicide. This is one more example of religious intolerance and cruel inhumanity, for which Spain and its Inquisition was not alone. 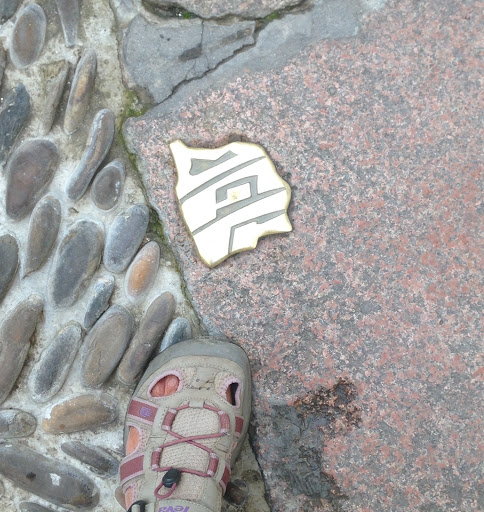 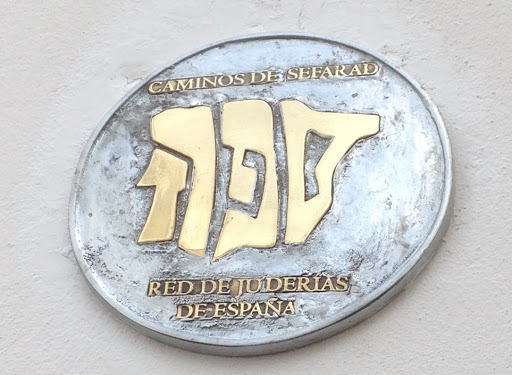 Brass plaques on the Route of the Sefarad in Córdoba.

Posted by Margaret Butterworth at 11:55 PM