Over the holidays, I’ve been re-reading one of my favourite travel books: 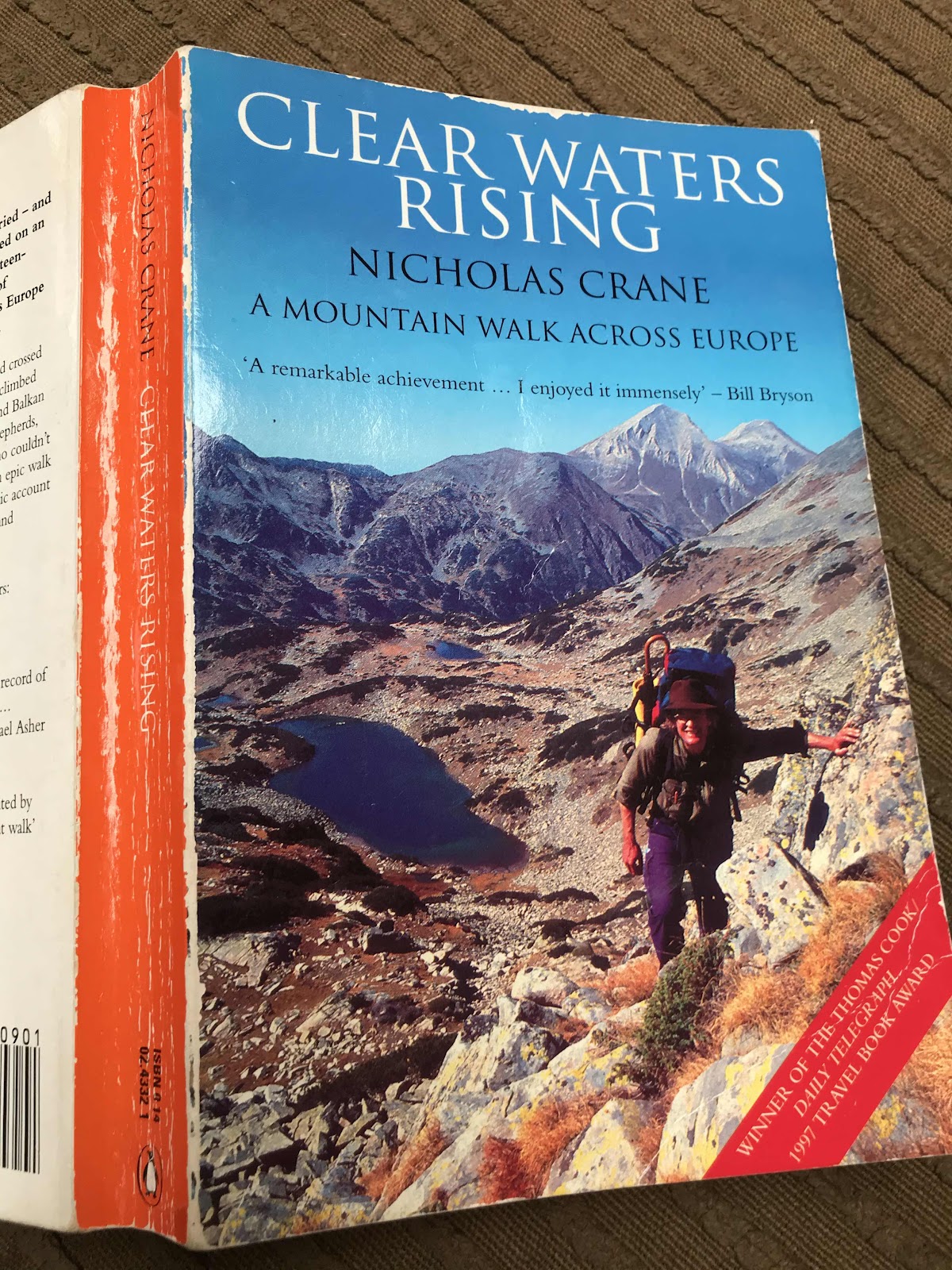 This was recommended to me years ago on my first Camino. The author spends 18 months walking across Europe from Finisterre to Istanbul, selecting the highest possible route along mountain ranges. In Santiago de Compostela, he obtains a hand-made umbrella. He constantly meets pilgrims who tell him he’s going the wrong way, before he heads off into the Picos de Europa for a more solitary hike. In the days before downloading routes on mobile phones (indeed before mobile phones existed at all), he is weighed down by stacks of paper maps. He eats a lot of tinned sardines. Some days he eats nothing.

I’m impressed by his command of the English language. I hope it will rub off on my travel blogs. A few examples follow:

“A shambolic guesthouse with cardboard walls and paralysed plumbing”.
We've all been in places like that.


"I was not a happy hiker.  The dogs, sensing a quarry who had dropped both his guard and his trousers were closing in for the kill when they ran into an outward-rushing thermo-gaseous ring-cloud. Their gagging whining retreat was as gratifying as the first fateful lick I’d applied to the chocolate dairy ice that had just fired its warning shot in an onslaught whose duration surpassed by far the previous short-term gut rots  I’d inflicted upon myself by indiscriminate troughing".
Some of us have suffered bouts of gastro en route, but nothing like this! Though, on second thoughts, I was once walking with an American lad in Northern Thailand, who described how the local dogs were so hungry, they licked up his vomit as soon as it hit the ground. I'm not making this up! Too much information?

He happens upon the birthplace of Andy Warhol's parents before they migrated to America from small town Mikova, Slovakia.

Nicholas Crane was a student  at Wymondham College in Norfolk, where I worked for several years. How did he learn to write so well?  Later in life, he made a few TV programmes about walking around Britain. We’ve heard nothing from him recently but I can’t believe he’s hung up his hiking boots.

Note: this post was inspired by Joanne Cup on the Bus (she of the beautiful hand woven tea towels) who has just reviewed a whole stack of travel books.

Posted by Margaret Butterworth at 1:37 AM