We awoke to a sunny morning and had breakfast in the hotel: this was a new venture for the Ocean Centre, which had been upgraded since our last visit.  We filled up the car and went to buy some frozen prawns at the port.  Then we were on our way. It soon started pouring down, but by the time we stopped for morning tea it was clearing up. We were in a layby just north of Western Flora caravan park, and took some photos of wild flowers in a small area nearby. 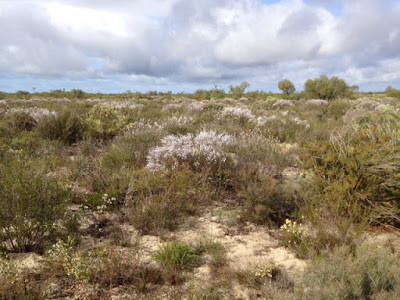 At a distance, it looks nothing special.  Inside it was a different matter: 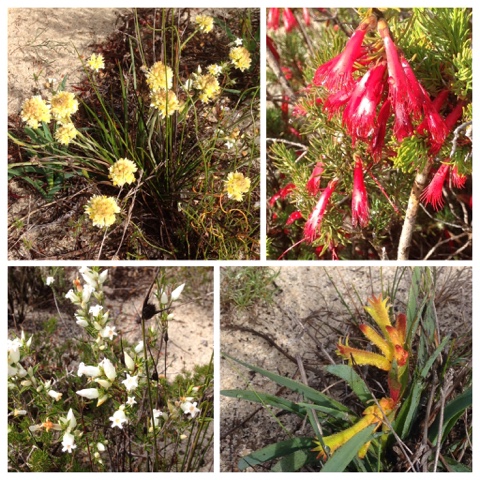 After this, we decided to have a look for more flowers in Mt Lesueur National Park, even though it is still a bit early in the season. We were rewarded by some beauties, though there was a very cold wind blowing as we had lunch up there. 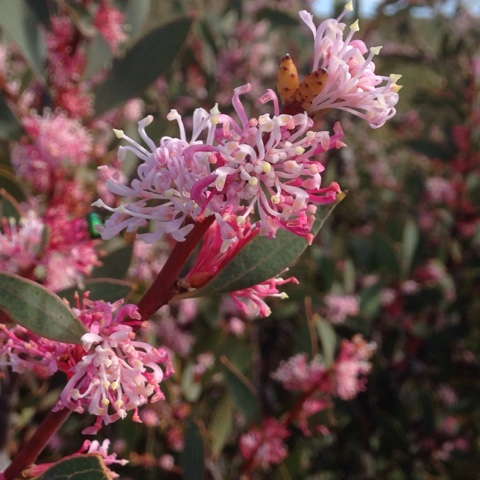 This one was the most spectacular. It is known as Djanda or Hakea Neurophylla. When you see the sun behind it, the "nerves" in the leaves are visible: 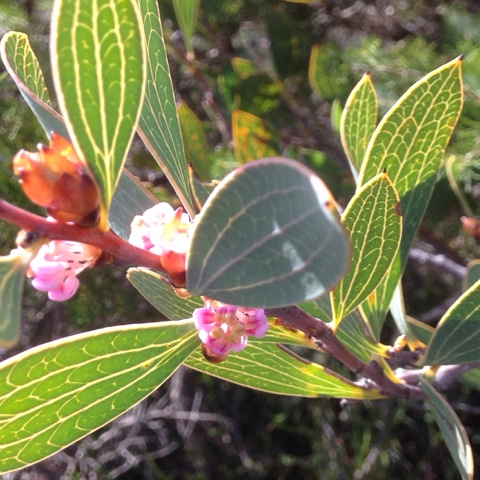 This National Park is a biodiversity hotspot, with many species in a small area: 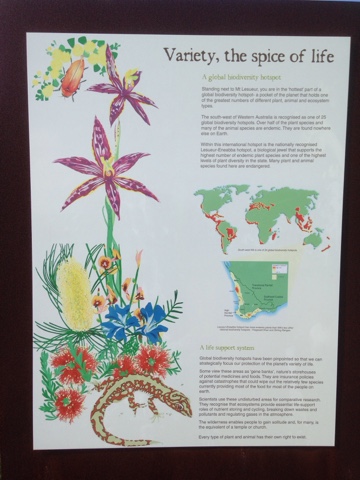 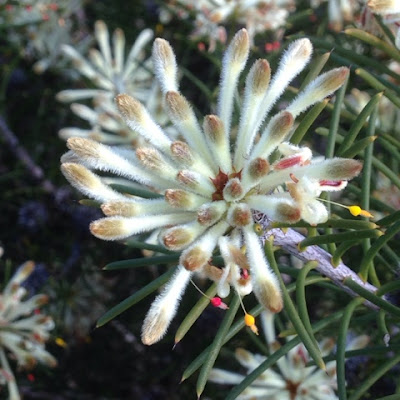 We will have to come again later in the season.

Posted by Margaret Butterworth at 8:48 PM