Today I decided to take a rest from walking as rain showers were forecast. There is also a problem with accommodation up ahead on the Camino. I could see a freeway in the distance from my window, so I knew it would be a fairly quick shuttle into Plasencia, the nearest city to the East. The small towns I've walked through so far on the Via de la Plata have very little of interest. The tourist infrastructure is not well developed as there are not enough pilgrims to make it worthwhile. Plasencia on the other hand, though off the Camino, is full of interesting things to see.

I checked in early at the Parador, a historic building in its own right. Then I made my way along Calle de Zapateria to the Plaza Mayor, where it was Market Day. Lots of interesting cheeses to try, beautiful fruit and veg stalls as well as a few handicrafts. It had certainly attracted the crowds and was a bonus for me.

The Cathedral ("old and new" conjoined) was next on the to-do list, but tourists were excluded till Mass finished at 11.00 am. The old part is Romanesque and has a nice cloister and square chapter house. The new part (c1500 onwards) allows no photos. For me, the most attractive were the carved wooden choir stalls, with all kinds of scenes, biblical and secular, carved on the seat backs.

After that I did a quick walk on part of the defensive walls, in much better condition than Galisteo but just as high. It was a bit blustery on top and the threatened bad weather was approaching. There was a medieval interpretive centre in one of the watch towers, Torre Lucia.

I was eating a cheese sandwich back in the Plaza Mayor in a sheltered terrace reminiscent of those in Brussels, when I noticed umbrellas going by and the stall holders rushing to cover up their produce. Time to get out of the rain to my nice warm room at the Parador! 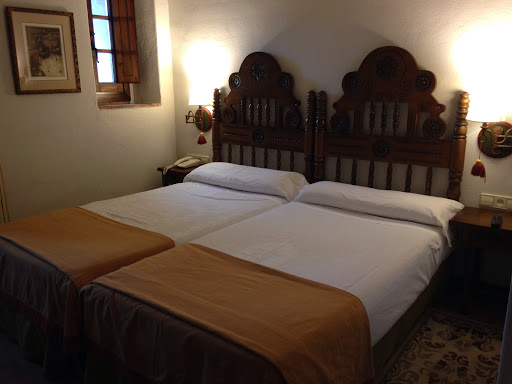 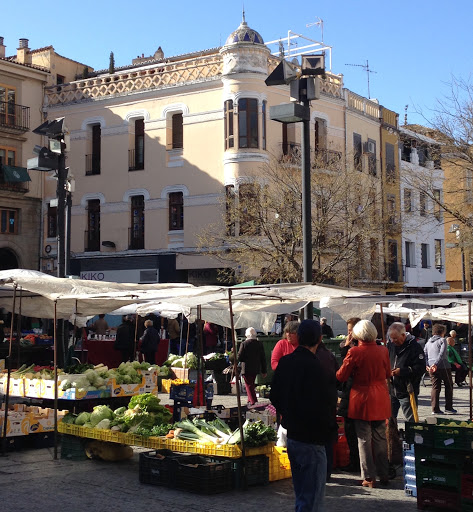 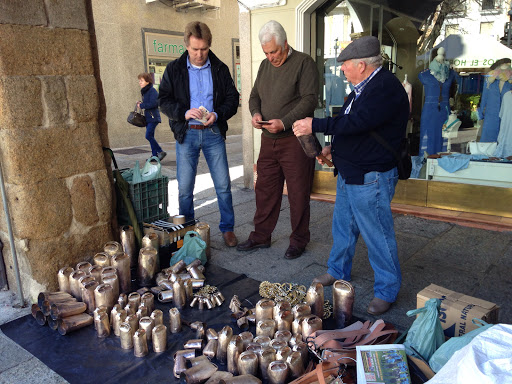 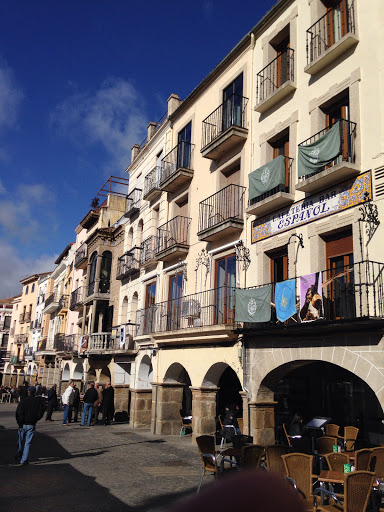 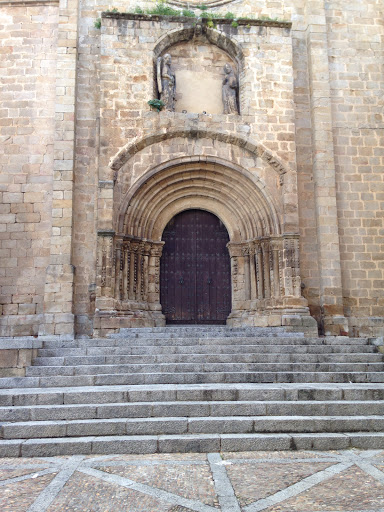 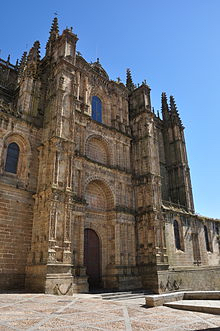 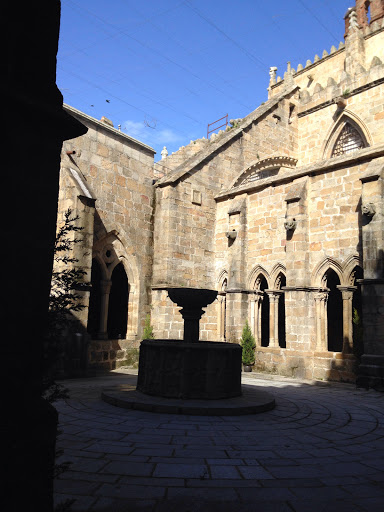 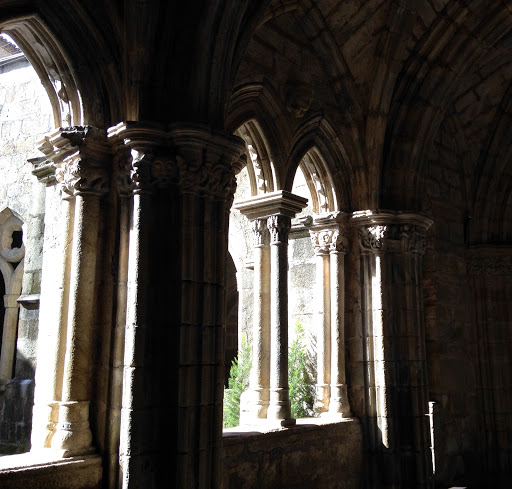 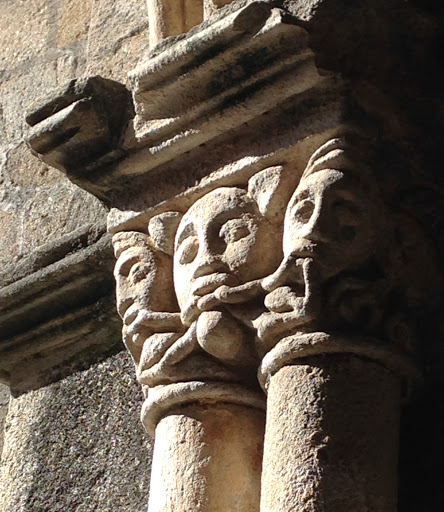 Detail of columns in cloister 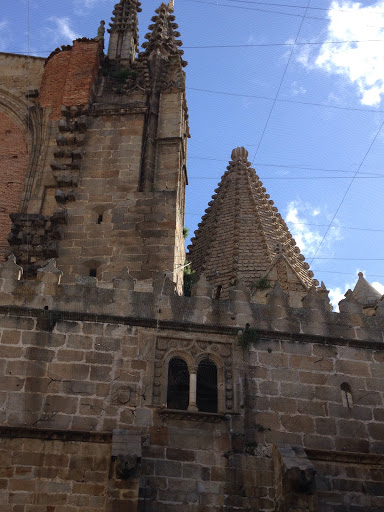 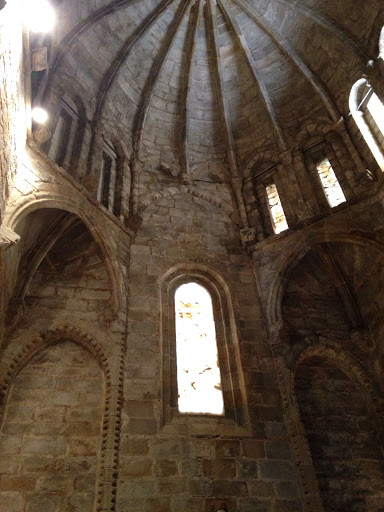 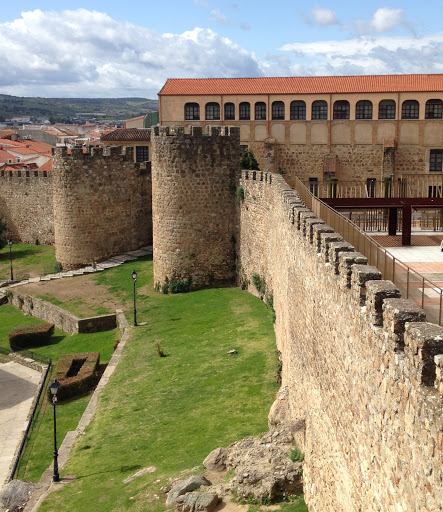 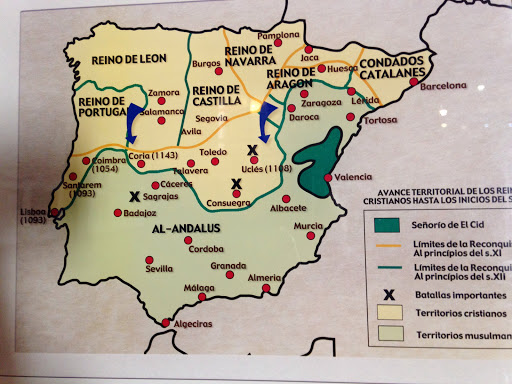 Map in the Interpretive Centre, showing extent of Moslem Conquest at various dates.

I noticed a guided tour of the Parador building was in progress at 4.00 pm, so I tagged along - it was in Spanish, but I managed to get a written guide in English afterwards. It went upstairs to some private salons and a library, and down to the depths where there was a wine cellar and storage for grain in the old days. It was originally a Dominican Monastery dating to 1477, after Saint Vincent resuscitated the sole male child of the Duke and Duchess of Arevalo. The Parador chain took it over in 2000. 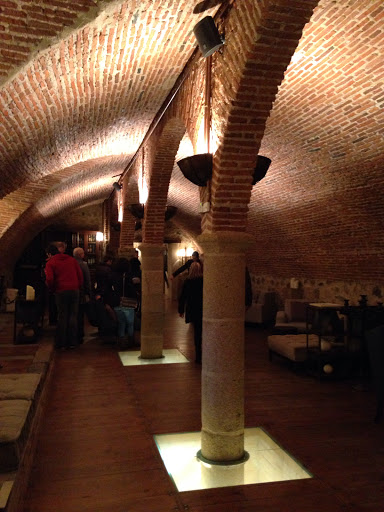 Wine cellar and grain storage below 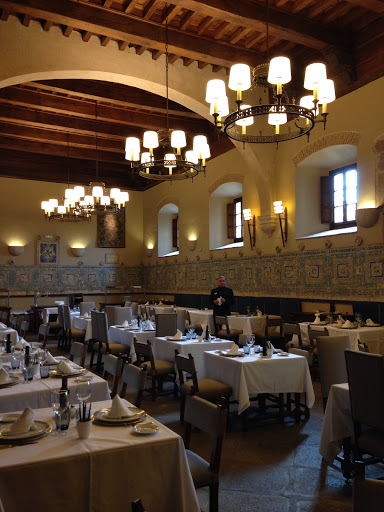 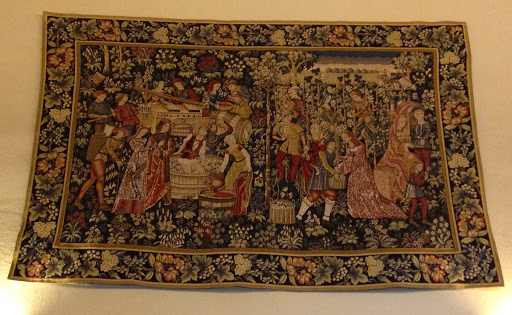 Tapestry in dining room; treading grapes on the left 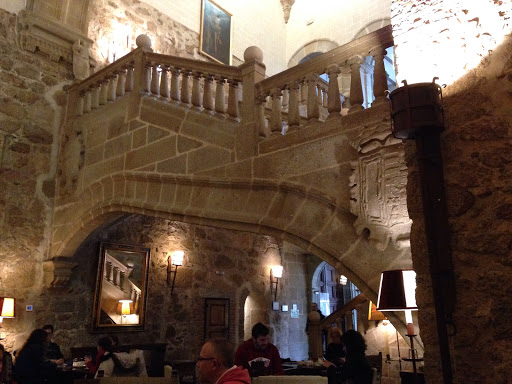 View from the bar of the famous "staircase of the air", which dates from 1577 and rises in a faultless study of thrust.

Posted by Margaret Butterworth at 6:54 AM