The bus left Banos at 12.50 and arrived in Salamanca at 2.05 pm. There was a stiff climb out of Banos, with hairpin bends to achieve height quickly. I was glad to be riding not walking. We were suddenly very close to the snow covered mountains and passing a ski resort (not active in April, though, I assume). The high pass marks the boundary between the region of Extremadura and Leon & Castille. To walk the whole of this route on the Via de la Plata must be very demanding and way beyond my capability - but at least I've done some of it!

Some of the small towns had been a bit grim, so I was looking forward to being in civilisation again. It was a short taxi ride to Hotel Rector, strategically placed just outside the walls of the old city. The lovely receptionist spent a long time telling me where to go and what to see, handing me an A4 sheet listing all the opening hours of the major buildings. I was a bit overwhelmed and needed time to think! My first priority was lunch! But first, there was my luxurious room to appreciate, with an orchid, Nespresso machine and Bulgari toiletries!

After a late lunch and a late siesta, it was time to don all my warm clothing and face the cold. There was a small window of sunshine between the showers, so I thought I'd just stroll up to the cathedral and back. Crowds were gathering, some in smart dresses (and shivering!) - of course, its Saturday and there's a cathedral, so obviously in Spain, there must be a wedding!

First there was a display of traditional dancing with castanets. Then a procession of girls and guys in costumes, two brass bands (in front and behind) and then the bride. I think she just took advantage of the procession, which stopped to let her come through, to a huge cheer from the crowd. 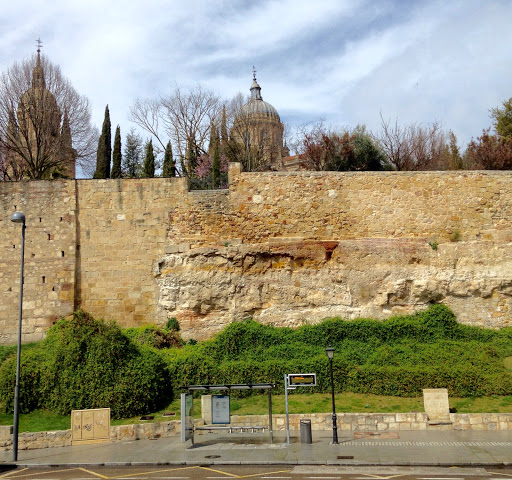 View from my window of the wall into the old city 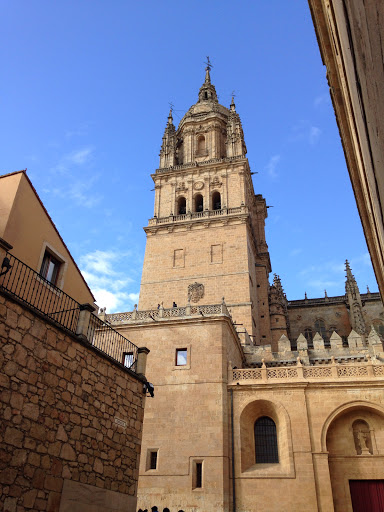 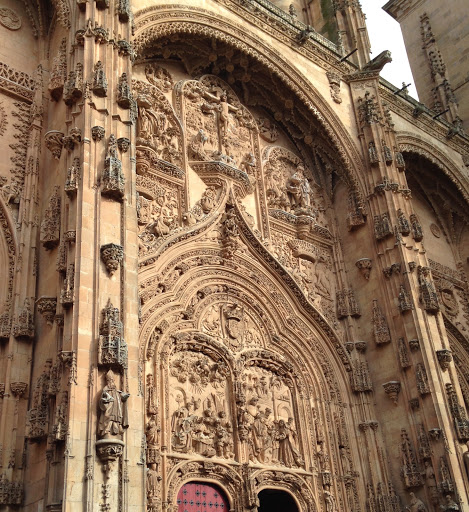 Amazingly delicate and intricate carving of the west door 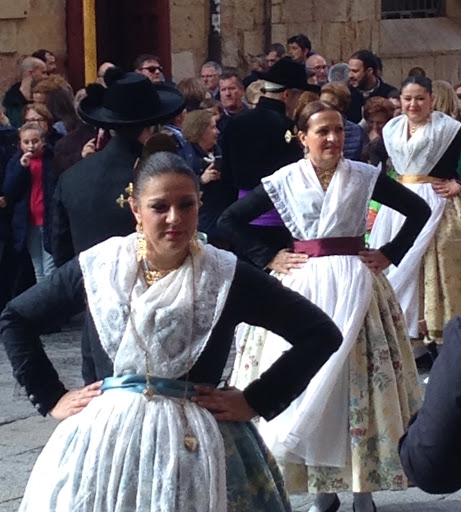 Dancing outside the cathedral 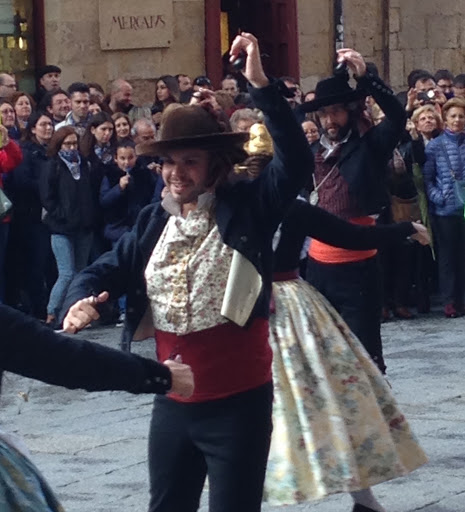 A slow dance with castanets 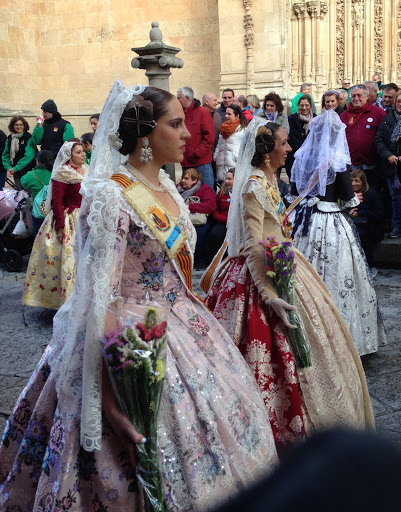 Procession into the cathedral 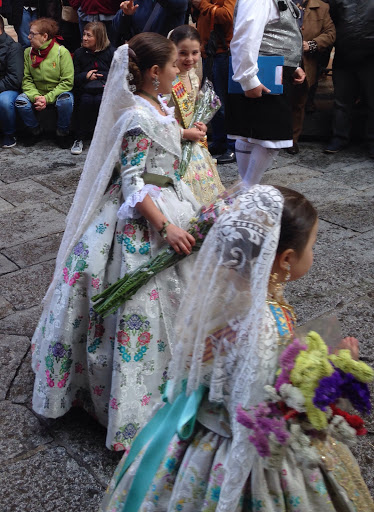 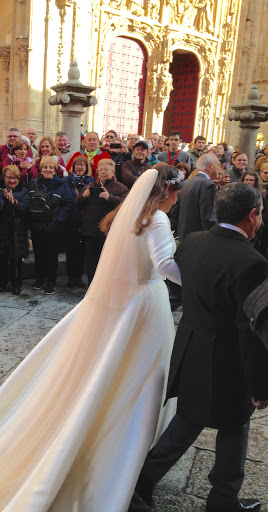 Now the bride - nearly missed her in all the excitement!

Posted by Margaret Butterworth at 10:32 PM