The tram took about half an hour from airport to city. At Part Dieu Stn I had 20 mins to queue for my train ticket and buy a takeaway lunch from Starbucks.  Just made it!
The train trip felt a long 2.5 hours because there were so many stops. It was a very pretty route, mostly following the Rhone, which cut through a deep gorge, curving around rocks with lots of rushing white water. The train track had to cut through numerous tunnels. We passed pretty farming communities with the odd ruined castle high up on a rock. There were other walkers in my carriage, all French. Towards the end of the trip, they watched as I transformed myself from a tourist to a pilgrim by removing my backpack from the cheap duffel bag that had protected it on the plane. This will be abandoned in Le Puy.
It was a sunny afternoon as I arrived and I knew it was only a 10 min walk to the Hotel Bristol, where we had stayed with the Ramblers in 1998. The hotel has seen better days, and maybe I could have done better, but it is central and my room is really quiet, overlooking a small garden. Also, it has a bath, which is what a weary traveller needs after more than 30 hours, 3 planes and a train! 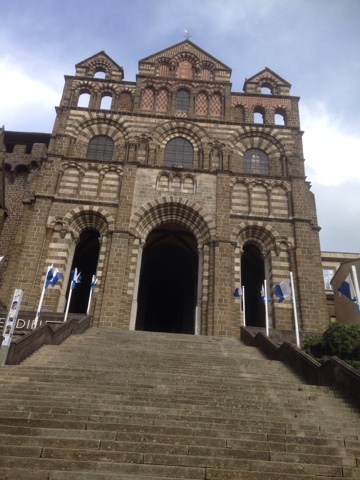 The west door of the Cathedral and the steps down which pilgrims set off on their Camino after a 7.00 am mass. 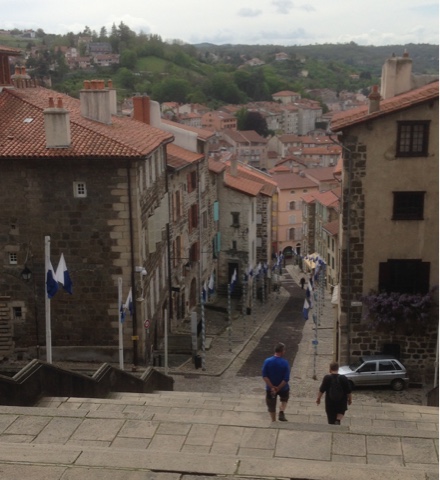 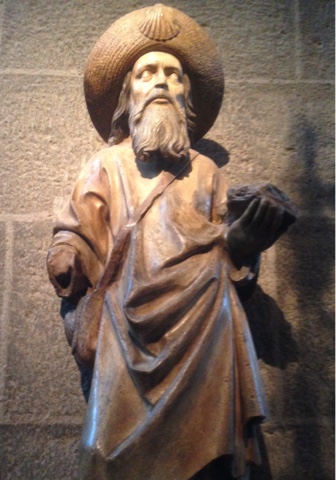 Carving of St James below which pilgrims receive their blessing. 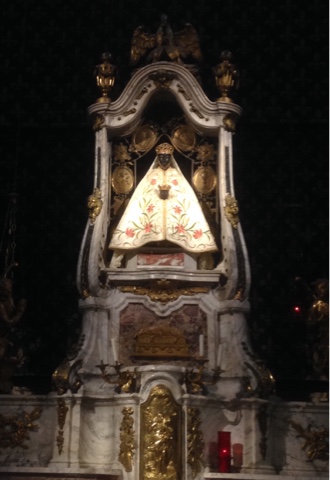