For the last night of our tour with Fresco, we went for a dinner and flamenco show. I've never been to one before and this was pretty spectacular. There were 3 female dancers and 2 male, plus a number of male singers and guitar players. We were sitting right next to the small stage and it almost seemed that the dancers would step over the edge and land on our table! It was amazing how much noise they could make with their hands and feet, stamping and clapping, whilst the singers were seemingly crying in pain. 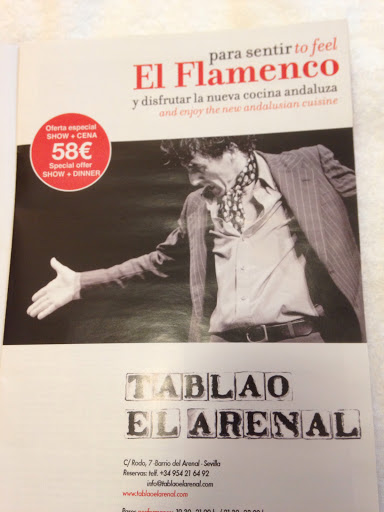 Look at his face! No photos of the performance were allowed, but this poster shows the dancer we saw. 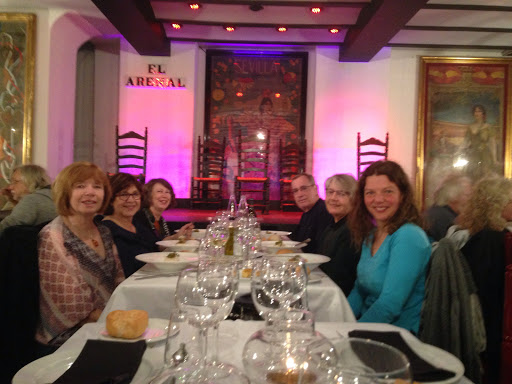 This was our table next to the stage. Our guide, Dora, is on the right.

Thursday morning, after a lovely breakfast in Hotel Becquer, I went to the bus station to book tickets for Zafra and Merida. Then it was time for a stroll in the sun (yes!) along the river to the Tower of Gold, a watchtower from which a big chain could be stretched to the other side, to prevent enemy ships from going upstream. There was a small maritime museum inside the tower, describing Magellan's circumnavigation of the earth, and the treasure ships which later made biannual trips to the Indies and back. 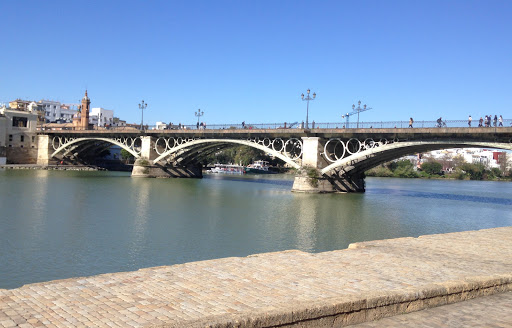 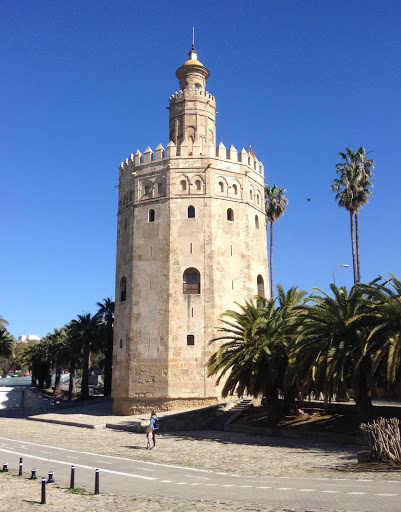 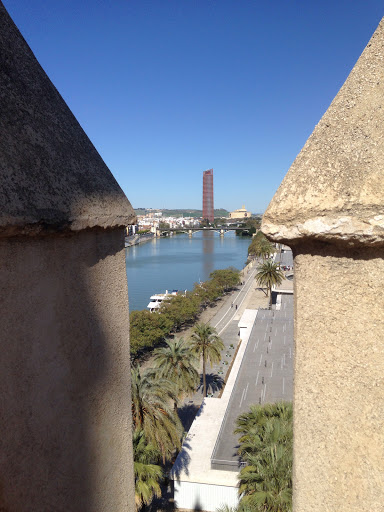 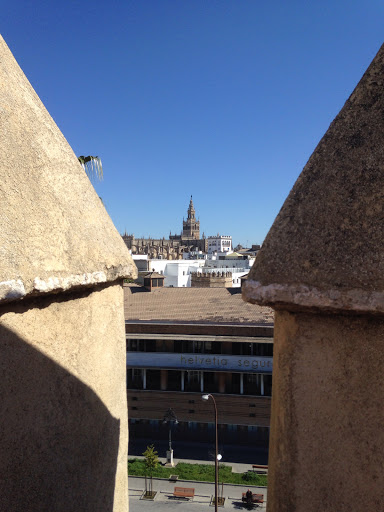 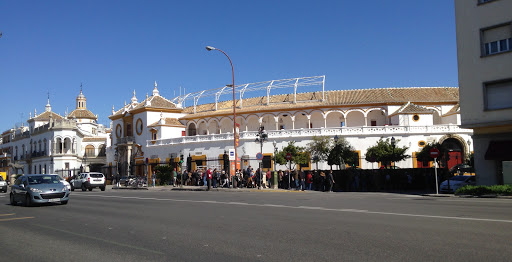 Posted by Margaret Butterworth at 1:04 AM