To Valdesalor and Caceres

Aldea del Cano to Valdesalor 11 kms
Dep 9.15 am. Arr Valdesalor 12.45 pm
(Then taxi into Caceres)
First of all, I had to make my own breakfast!! The doings were laid out in the kitchen, but there was no sign of the Señora.

The day was sunny but really cold, with a bitter wind blowing from the west. It was a case of sunhat and gloves for this peregrina. The first part of the trail was through an area of woodland with large expanses of grass. It reminded me of Windsor Great Park. There were the usual stream crossings with high stepping stones, but I am getting braver about these after a lot of practice!

I found myself crossing an airstrip where two aficionados were tinkering with two WW1-type planes. After half an hour I saw the planes circling overhead.

The way into Valdesalor was rather boring till I came to a lovely bridge. Then I passed the small Albergue at the beginning of town and finally located a bar where I could warm up. I enjoyed a fresh orange juice and chatted to a German pilgrim I'd seen before. I asked them to call a taxi as I'd done enough walking for the day, and I was driven in style to the Parador for 2 nights of luxury! Why not? 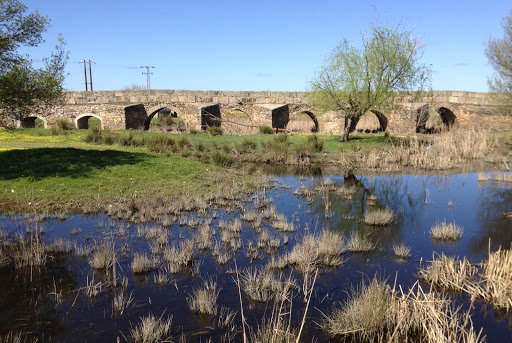 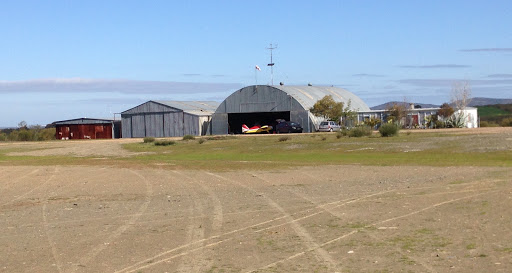 Airstrip earlier in the day
Posted by Margaret Butterworth at 9:53 AM