C and E dropped me off at the airport to catch the 10.20 pm flight to Madrid via Dubai. Emirates had filled their plane to capacity as usual, so no chance of a spare seat next to me. I was seated near the back at 75A. I passed the 10 hour flight finishing off my Liz Byrski book and watching the film Darkest Hour about Churchill in WW2. It had a beautiful scene in slow motion of Londoners in the rain, and another of Churchill surprising commuters by riding on the Underground for the first time in his life and assessing their willingness to fight to the death. 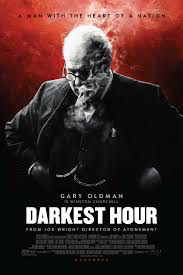 In Dubai we were treated to a scenic tour of the airport to get us from one terminal to another: a bus trip that took over half an hour and demonstrated what an incredibly busy hub this is, with catering trucks and luggage trucks and maintenance vehicles whizzing around and crossing runways. The queues for the Ladies were longer than ever!

The flight from Dubai to Madrid provided me with some unwanted entertainment, when I was seated behind a harassed Indian woman with 2 naughty boys of around 5. They wouldn't sit still and were just too LOUD. She took no notice and watched Bollywood movies with ridiculous plots. She treated the cabin staff as if they were her own personal servants, demanding drinks, different food items, extra things for the kids until everyone was exasperated but still struggling to be polite. I was tempted to tell the boys to sit down and shut up!
Finally we reached Madrid. It took me a while to find the shuttle bus to Atocha Train Station (maybe a ploy to encourage taxi use?). This took almost an hour and cost €5. It was about 3.00 pm and the next train to Córdoba left at 4.00 pm. The fare with my Senior's Discount Card was €39.65.

The AVE high speed train did indeed speed along smoothly, but there was no electronic display to tell us just how fast. The landscape was quite wintry and the heavy rains of the previous week had left the fields and olive groves with great pools of standing water. In Madrid, the temperature was 10 degrees and everyone was wearing thick coats and woolly scarfs.

In Córdoba it was a bit warmer but I was too tired and jet lagged to care. A taxi took me the short distance to my hotel, the NH Amistad, in the old town via impossibly narrow streets, but we somehow squeezed through without incident and by 6.00 pm I was relaxing in a hot bath!

Posted by Margaret Butterworth at 8:17 PM