Late yesterday we had a walk around Ronda as it was coming dark and we managed to take a few photos of the famous bridge over the gorge. 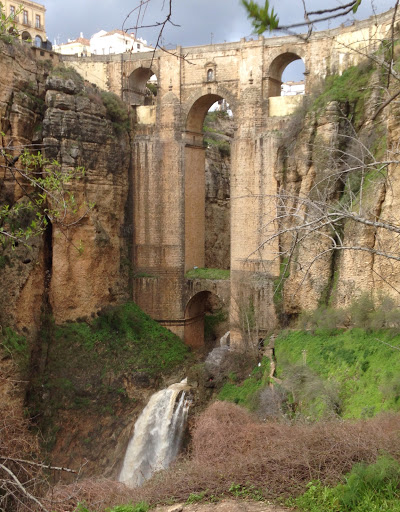 Ronda is a lovely town and I wish we could have spent more time there, but Storm Hugo had spoiled our day!

On the way back to Grazalema we were nervous about other road blocks that might have been set up. At one of them, it appeared that vehicles over a certain weight were banned, but our little bus was allowed through!

Posted by Margaret Butterworth at 2:42 AM