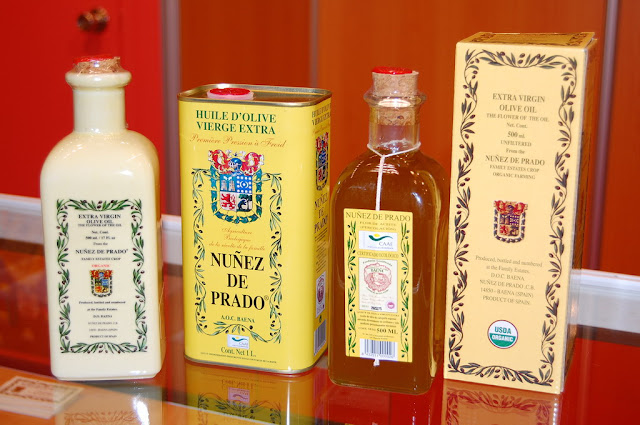 Today was all about olives. The whole of the drive from Córdoba to Granada was through olive groves, some very old and some newly planted - with wider spacing between long straight rows to allow for mechanised harvesting. We visited the factory of Nunez de Prado, who ship their completely organic oil all over the world. It has been going for seven generations. 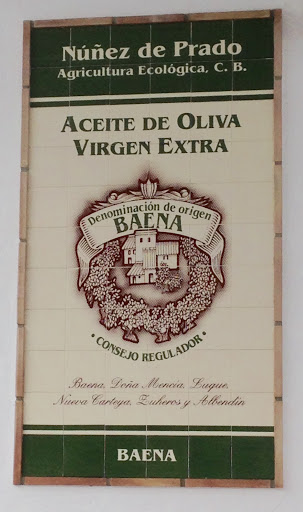 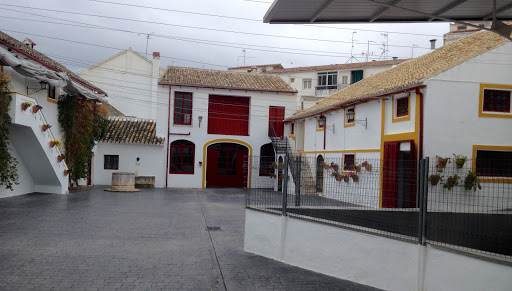 The factory courtyard was very pretty, with flower pots on the walls.
We were shown the production areas, traditional and modern, all quiet and still and clean now, since everything is finished for the year. We then went to the packing room where about 6 men were seated at a long table preparing a consignment for Germany. It seems that most of the vintage is pre ordered. A few of our group bought some, but it was a no-no for me unfortunately, because of the weight.
After this really interesting visit we jumped in our little black bus for a short drive into the Subbetica National Park, where we did an 8 km walk along a Via Verde: a Rails to Trails track to the tiny village of Zuheros where we had lunch.

We then walked for another hour at a rather fast pace as black clouds were threatening and a downpour was forecast. At 6.00 pm we arrived at our hotel in Granada. As we approached the city, the snow covered Sierra Nevada were clearly visible to the left and surprisingly close.
I have more photos of the day which will not load at the moment...

The following pics were added later, taken from a collection provided by Fresco Tours on a thumb drive at the end of the holiday.

Posted by Margaret Butterworth at 2:19 PM